Mary and Joseph needed to go to Bethlehem to pay taxes.  When they arrived it was dark and late and there was no room for them in the inn.

That night the little baby Jesus was born.  Mary wrapped him in swaddling clothes and laid him in a manger. 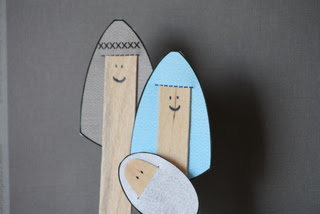 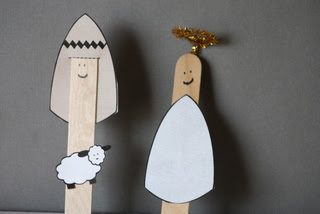 The shepherds found Mary and Joseph and the babe and they knelt down and worshiped Him. 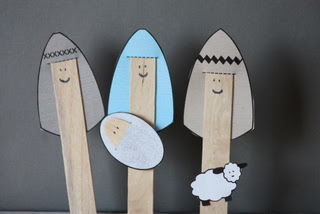 Far away in the East, the wise men saw a new star.  They knew that it meant that the baby Jesus had been born.  So they followed the star.  They brought gifts for the baby and knelt down and worshiped Him also. 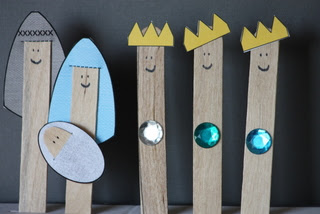 
Normally for preschool, we put on a Christmas pageant with costumes and props.  This year we decided to do a puppet show instead.  We've been practicing for a while now with some felt hand puppets.  I thought it might be fun to use some different puppets for school tomorrow.  You know, to mix things up a bit.  So, I came up with these simple popsicle stick puppets.

I had my daughter make her own set.  She had fun gluing and drawing the faces on the sticks. (I love the eyelashes!  And I think baby Jesus has a pacifier-haha)  We used some velcro to attach the baby to Mary. 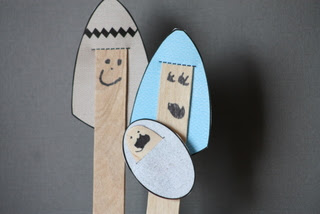 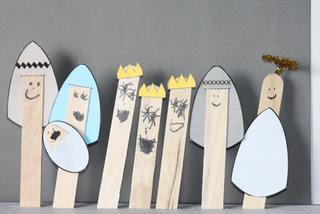 Posted by Julie@likeaprettypetunia at 6:00 AM

Check out my Etsy Shop 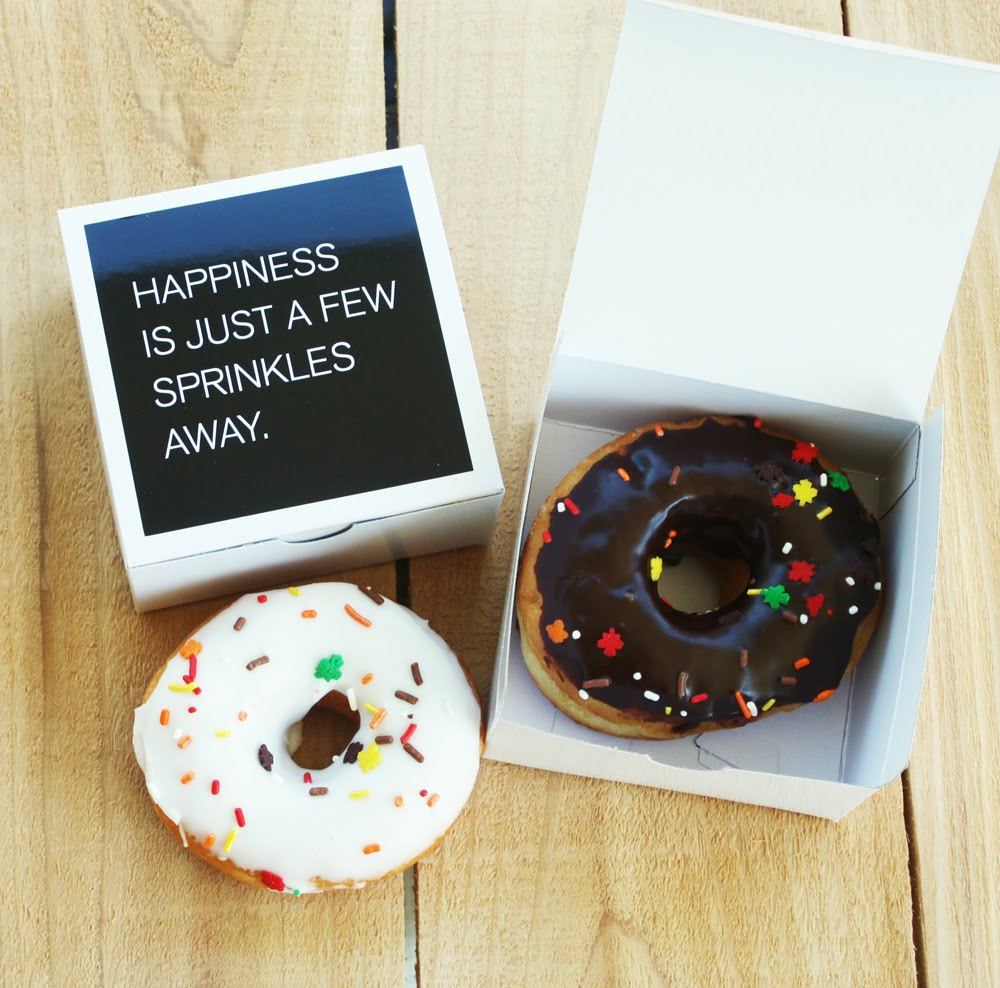 "Like A Pretty Petunia" designs are for your personal use only. Under no conditions are they to be resold or used commercially.